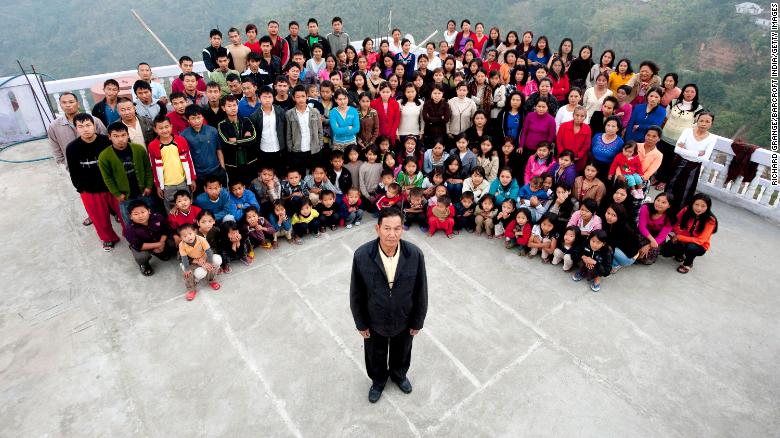 The head of what may be the world's largest family has died in India, according to the director of the hospital where he was treated.

Ziona, who went only by his first name, died on Sunday at the age of 76.
He had 38 wives and 89 children, according to a tweet from Zoramthanga, the chief minister of Mizoram, the northeastern Indian state where Ziona lived.
The patriarch belonged to a Christian tribal sect that promotes polygamy as God's will.
His father, Chana, founded the sect in Mizoram's Baktwang village, where Ziona's vast family lives across a single property.
Polygamy is illegal in India under the country's penal code. There is an exception under the code for Muslims, though this is not widely used.
It is unclear if Ziona, who wed his first wife at the age of 17, was legally married to all the women he described as his wives. Indian authorities often do not prosecute tribal communities for polygamy.
Lalrintluanga Jahau, a politician and director of the hospital where Ziona died, said he was brought to the hospital's emergency department.

"Our Emergency (Department) Team tried in vain to resuscitate him. He to be declared dead after 45 mins of CPR," Jahau wrote on Twitter.
Zoramthanga said the family's presence had turned Baktwang village into a "major tourist attraction in the state."

"I believe God has chosen us to be like this (to have big families)," Ziona told CNN in 2011.
"Those who are born into this family don't want to leave this tradition so we just keep growing and growing."
He added: "I never wanted to get married but that's the path God has chosen for me. It's not my wish to keep marrying again and again." 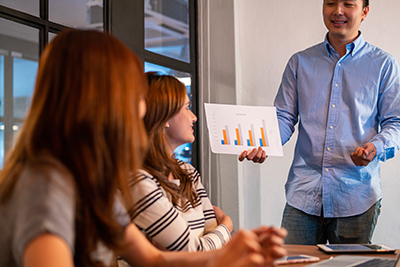