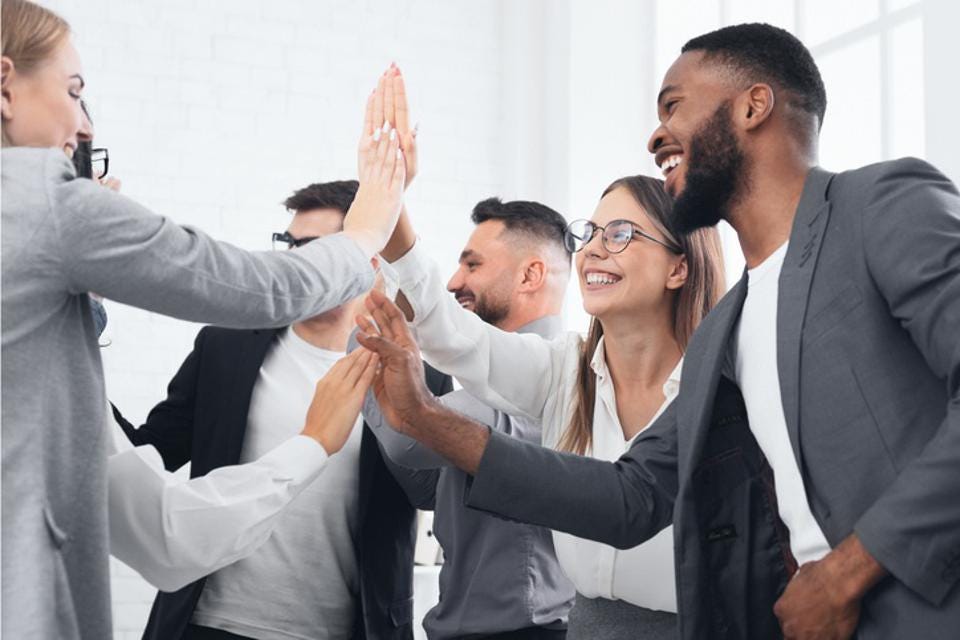 The Serendipity Mindset: The Art & Science of Creating Good Luck by Dr. Christian Busch focuses on inspiring stories and evidence-based strategies that help cultivate serendipity to increase innovation, influence, and opportunity in every aspect of life.

Dr. Christian Busch is the Director of the CGA Global Economy Program at New York University, and a Visiting Fellow at the London School of Economics’ Marshall Institute. He co-founded Leaders on Purpose, an organization working with purpose-driven leaders of Fortune 500 companies, as well as Sandbox Network. He is a member of the World Economic Forum’s Expert Forum, a Fellow of the Royal Society of Arts, and on the Thinkers50 Radar list of the 30 thinkers “most likely to shape the future.” His work has been featured by outlets such as the Strategic Management Journal, Harvard Business Review, The Guardian, and the BBC.

To learn more about expanding serendipity in our lives and careers and in our leadership, here are some snippets from Kathy Caprino's podcast interview with Dr. Busch.

Kathy Caprino: Christian, what led you to research serendipity? Why did it feel compelling to you?

Christian Busch: I had a near-death experience early on in life that made me question the purpose of life. So I started reading Viktor Frankl’s Man’s Search for Meaning which is all about how we can find meaning in crisis. It helped me realize that I find meaning in connecting people and ideas, and the spark that comes from doing that.

This took me into community-building and (social) entrepreneurship, and later into doing meaningful research on how to create impact in the world. On that journey, what I’ve found fascinating is that the most successful, inspiring people around me appeared to have something in common: they intuitively “cultivate serendipity,” this unexpected good luck resulting from unplanned moments in which proactive decisions lead to positive outcomes.

Caprino: In your research, have you found that everyone experiences “serendipity?”

Busch: Everyone has serendipity in their lives in some way. Perhaps you found love that way, or your current job, or your new podcast idea. But some people just seem to have more “positive coincidences” in their life than others, even when they’re in exactly the same situation. That made me wonder if it’s possible to develop a science-based framework for cultivating serendipity, so anyone can learn to harness such coincidences and create their own (smart) luck.

Notably, people like to feel like they’re in control at all times, but that’s just not possible in a fast-changing world. The only thing we can definitely foresee is that we won’t be able to foresee everything. So I became fascinated by the question of how we can build a muscle that allows us to turn the unexpected from a threat into an opportunity. A serendipity mindset is all about how we can turn uncertainty and the unexpected to our advantage.

Caprino: What is the difference between blind luck and smart luck?

Busch: Sometimes people have luck without any effort. That is blind, “passive” luck: success or failure brought simply by chance rather than through our own actions. Like being born into a loving family, or being born with a lot of resources. That’s where a lot of societal inequality comes from. Some were born luckier, and others experienced “dumb luck” along the way, and often the former makes the latter more likely.

But what’s fascinating is that there’s another kind of luck: “smart luck,” or serendipity. Instead of passive, dumb luck, smart luck is the luck that we create ourselves. Successful people have often (either consciously or subconsciously) done the necessary groundwork to create the conditions that have brought them smart luck; they worked hard to be luckier.

What separates this active perspective on serendipity from blind luck are the steps one takes to influence, facilitate, and leverage coincidence. If you’re a scientist, this may mean digging deeper into the outcome of an accidental chemical spill. Instead of routinely starting over, did the spill result in a new discovery, like in the case of penicillin? If you’re in a marketing department of a white goods manufacturer and you learn that farmers in China use your company’s washing machine to wash their potatoes and it’s causing problems with some machines, do you just tell them to not wash their potatoes in it, or do you connect it to the fact that many other farmers in China might have the same problem, and build in a dirt filter to make it a potato washing machine?

Serendipity is about making accidents meaningful—but we can also create more meaningful accidents.

Caprino: So how can we create our own luck or serendipity? What mindsets and steps can we take?

Busch: A serendipity mindset is both a philosophy of life and a capability that each of us can develop, every day. Some practices that I’ve found to be useful are:

When you get the dreaded “What do you do for a living?” question, use engaging talking points, and sprinkle in different aspects such as “I recently started practicing xyz; I’m mostly focused on xzy.” You’ll be surprised how often people will say something like “What a coincidence, I was just getting into xyz myself. Let’s chat!” Such answers open up conversations that might lead to more meaningful—and often serendipitous—outcomes. More broadly, we can seed these talking points into every conversation.

Use technology to your advantage in order to expand your opportunities. For example, tweet or write emails to people you admire, or invite someone in a different department or with a different function than you to coffee or a video call. Technology allows you to do this at a greater scale, and the more you reach out the more likely it is someone will reply. The goal when planting seeds like these is to increase serendipity by engaging in unexpected conversations.

Instead of asking someone, “What do you do?” ask “What do you find most interesting about xyz?” or “What inspired you to do xyz?” These questions get people out of their usual autopilot responses and helps to open up conversations that make it easier to find potential dots to connect.

Reflect on your daily meetings and other routine activities. Which ones are truly necessary? Do they really need the amount of time they are allocated? If they are under your control, can you restructure them? Getting yourself out of fixed patterns will help you both experience and notice potential triggers of serendipity. Even something as small as taking a different route to work or to your child’s school could do the trick.

Caprino: You've observed that there are some key biases that people have that hold them back from experiencing more luck. What are those?

Busch: Our usual ways of thinking tend to obscure serendipity, making it harder to spot and even harder to harness. We all have some biases, some more than others. The top ones my research has uncovered are:

Each of us has a biased view of the world that we consider ‘typical,” the kinds of things that we expect to happen. As a result of this bias, “the expected” is what we tend to see. But what if we could broaden the range of what we expect?

Then, increasingly, we will see the connections and come to understand that unlikely things are happening all around us, just waiting for us to take advantage of them. Take the example of the birthday paradox, which shows how our “linear” way of thinking misses the “exponentiality” of life.

There are so many potential unexpected things that could happen that it’s actually extremely likely something unexpected will happen, even if we by definition can’t know yet what it is. Once we realize that, we start finding $20 bills in the street; we look at an old book and get a podcast idea; you name it. It’s about opening our eyes to the high likelihood of the unexpected.

Have you ever presented your resume as if you had it all planned out in advance? “I started here, then wanted to do xyz, and then did xyz”. Well, perhaps some of that was driven by chance rather than proactive planning? The point is, we tend to tell linear stories that brush serendipity out of them, but actually, serendipity is often at the core of life experiences.

Especially as leaders, telling stories as they were—highlighting the good luck we experienced in a key process or goal—rather than as we wanted them to be (that our skill or knowledge were the only factors that created successful outcomes) can be a great way not only to legitimize serendipity in organizations but also to build trust with people. Nobody believes a leader who pretends they had it all figured out all the time.

Caprino: Let's talk about serendipity in organizations—what can leaders and others do to increase an organization's good fortune or luck?

Busch: One of the key themes that comes out of our research is that successful leaders often give their team a clear sense of direction—a broader ambition—while being ready for the unexpected. Instead of pretending they have it all figured out, they have a strategy but say from the beginning that “we will adjust that based on new information.”

That allows them to portray strength, but also shows people that they are realistic about the fact that they can’t know everything. This builds trust. Old school leadership was about exact plans and strategy—which is impossible in a fast-changing world, and often leads to skewed incentives because people rather stick to a flawed strategy than being open to new unexpected ideas.

We can also incentivize people to spot serendipity triggers. For example, we can ask people in routine meetings if they came across something that surprised them last week. If the answer is “yes,” does that change their assumption? Would it be worth digging deeper? The point here is that once we incentivize people to “look out” for the unexpected, we start seeing opportunities where others don’t.

And we can facilitate an environment of trust and psychological safety that allows for creativity and cross-pollination. Take the example of post-mortems, or “project funerals.” The idea is that when a project doesn’t work out, the project manager who is responsible for it presents it in front of project managers from other divisions, and reflects on why it didn’t work.

In one major materials and nutrition company, for example, a coating for picture frame glass was unviable for the market. When the team “laid it to rest,” someone in the audience realized that it appeared to absorb a lot of energy. He then asked, “Could it be useful for solar?” That’s how “serendipitously” a part of the company’s solar division emerged. Nobody knew in advance that this lucky outcome would happen— but by creating a practice that allowed people to connect the dots for each other, it made it more likely that serendipity would happen. 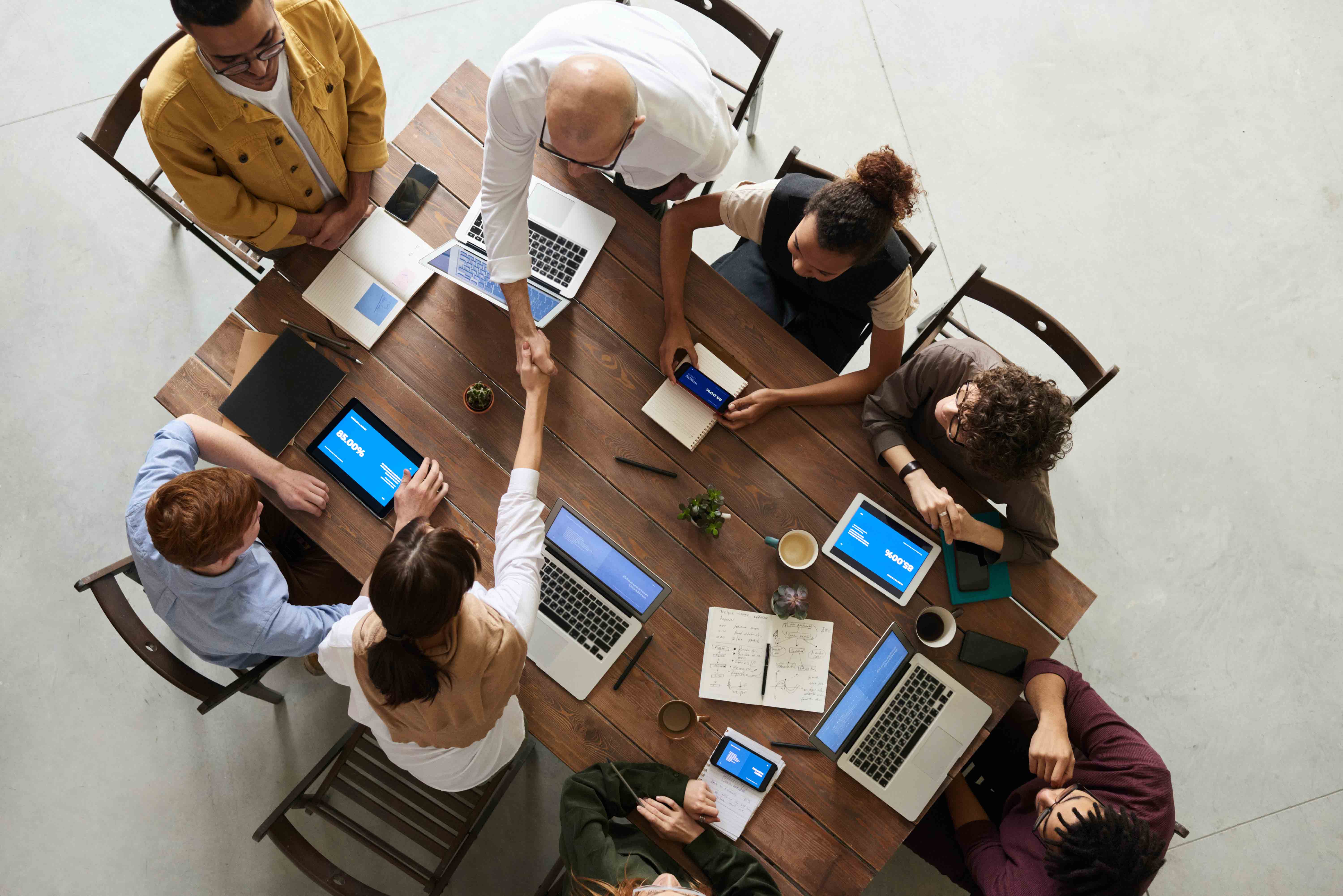 The Key To Organizational Resilience Is Planning Ahead 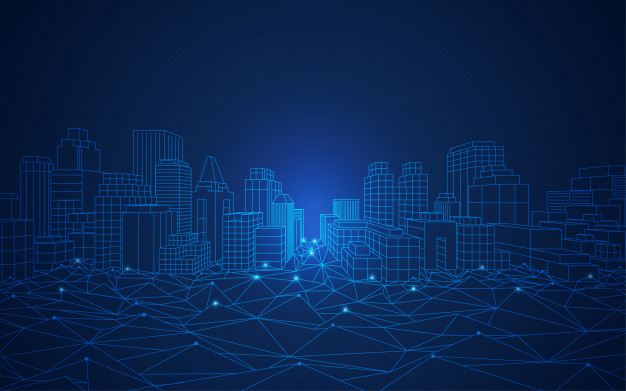