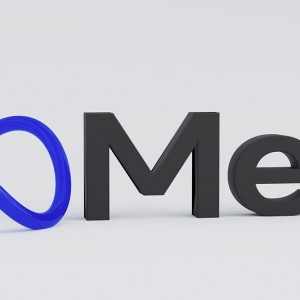 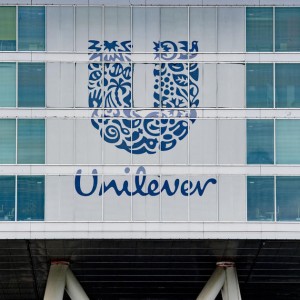 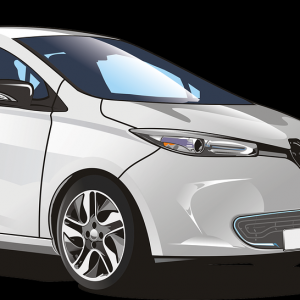 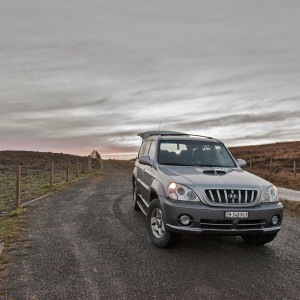 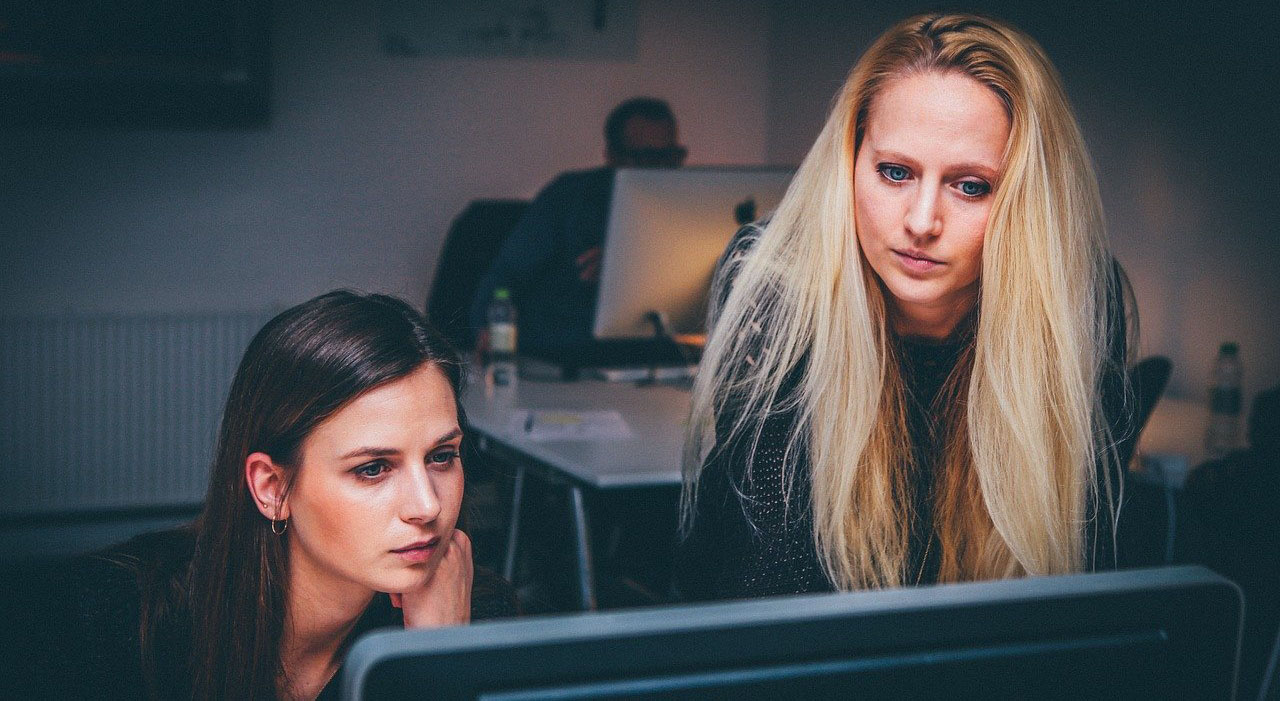 It’s hard to have someone tell you what are doing badly.

But it’s also mission critical to your success and there are things you can do to make the experience of receiving criticism less painful.

That’s according to Adam Grant, an organizational psychologist and the author of “Originals,” and “Give and Take,” and co-author of “Option B” with Facebook executive Sheryl Sandberg. He’s also the host of “WorkLife with Adam Grant: A TED original podcast” and the top-rated professor at Wharton for six straight years.

“I don’t know very many people who enjoy getting criticized,” Grant says. “It’s something that we’re all terrified of, or that we at least know we’ve gotten defensive and it hasn’t gone well when other people have given us negative feedback.

“But if you look at the data, one of the biggest drivers of success, if you account for how motivated you are and you know how talented you are, is your ability to seek and use negative feedback,” says Grant. “Because that really determines how close to your potential you become.

“If you never get criticized, then you never really get challenged to improve,” says Grant.

Dealing with criticism productively was the topic of the first episode of Grant’s new podcast, which launched in February.

“One of the biggest tragedies of mankind is people holding in their opinions in their heads. And it’s such a tragedy,” says Dalio on the podcast. If people shared their ideas bad ones could be fixed and good ones could become better, which he calls “stress-testing” ideas. “They would so raise their probability of making a better decision,” he adds.

Dalio came to adopt the policy of radical transparency after a painful near-complete failure. Bridgewater Associates launched in 1975 and though Dalio did well initially, he got arrogant and made a bad bet. He nearly ruined the firm. But it also was a turning point for Dalio.

“I was so broke that I had to borrow $4,000 from my dad to help pay for my family bills. And that was extremely painful — and it turned out to be terrific,” says Dalio during Grant’s podcast. “I was absolutely miserable. But it gave me the humility that I needed to deal with my audacity. It made me want to find the smartest people I could find who disagreed with me so that I could understand their perspectives.”

Not only did Dalio learn to seek out feedback himself, but it became a foundational tenet of his firm. Bridgewater Associates prides itself on being a “meritocracy.” Everyone is required (indeed, “require” is the word Bridgewater uses on its website in describing its culture) to be honest about their viewpoints — employees are expected to disagree openly.

Instinctively, people hear criticism, though, and they tend to become defensive.

“Psychologically I think the way it feels for most of us is it feels like we’re getting punched right in the stomach — somebody criticizes you and it can be so painful that it literally will activate a physiological pain response,” Grant tells CNBC Make It.

“Negative social feedback, the sense that you might be excluded or thought poorly of, actually influences your nervous system and so you know that can that can feel like you can’t breathe, like you’re you know sort of gasping for air, and in some cases it feels like you you’ve just been the victim of an attack and you don’t know if you can be successful moving forward.”

There are, however, things that you can do to make it less painful to receive negative feedback and make it more possible for you to hear criticism productively, according to Grant.

1. Practice: The more often you receive criticism, the better you will get at it

“What I found so striking at Bridgewater is they give people constant practice, and it kind of reminded me of something that we we’ve been doing in psychology for decades, which is anytime somebody has a phobia you send them to exposure therapy,” says Grant.

First, new hires at Bridgewater watch other people being criticized, including the billionaire founder himself. Then they learn to be open to hearing criticism on small things, explains Grant. “This happens day in and day out, and over time it starts to become a little bit more familiar, a little bit more comfortable,” says Grant.

2. Get in the habit of assessing your own response to negative feedback

At Bridgewater, part of your performance review is how well you respond to feedback, says Grant.

“In psychology we often talk about this in terms of giving yourself a second score,” says Grant. “Somebody might have just given me a D-minus, and I can’t control that. What I can control is saying, ‘I want to try to get an A-plus for how well I take that D-minus.’

“And this is something I’ve come to do now every time I get negative feedback,” Grant tells CNBC Make It. He tries to be honest with himself about whether he was open or defensive in receiving the feedback.

Publicly sharing the negative feedback you have received can be a way to keep yourself honest, says Grant. When he was teaching his first course as a professor, Grant says he got some pretty brutal comments from students about a month into the semester. His response was to gather all of the negative feedback and share it with the entire class, verbatim. Then they all discussed it and offered solutions.

“What I noticed was having that conversation on stage in front of dozens of students — it forced me to be open to the feedback, because I knew they were all gauging right in that moment whether I was willing to listen to them or whether I was just going to get all defensive,” says Grant.

“I don’t think that everyone should do that with every piece of feedback that they get, but I think sometimes there’s real value in actually taking the criticism you’ve gotten and sharing it with a group because then that group is going to hold you accountable for taking it seriously,” he says.

3. Proactively trying to come up with the criticism you might receive

Often when we receive criticism, we go into an emotional, “fight or flight” response mode, says Grant, which is not a productive place to be in to hear advice constructively.

“I think the best way to avoid that is actually to prepare yourself by imagining what is the most negative feedback I could possibly get in this situation and then making a list of the harshest comments that you think will come across,” Grant says.

By doing so, it’s likely whatever negative feedback is you may get won’t be a surprise. “Most of us are much harder on ourselves than other people are on us, right? We beat ourselves up constantly,” says Grant.

“If you go through the exercise of imagining the worst case scenario, what the data show is that then that motivates you to prepare and get better and so you’re less likely to get that negative feedback at all. And then very often you’re able to come up with things that are much more devastating than what people really have to say to you.” 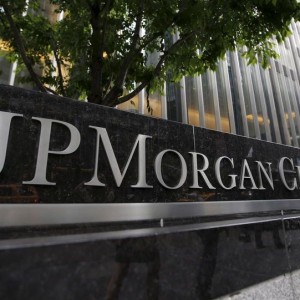 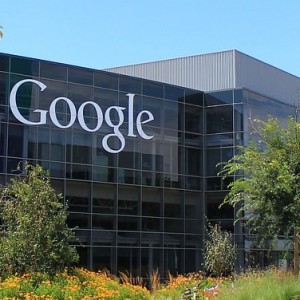 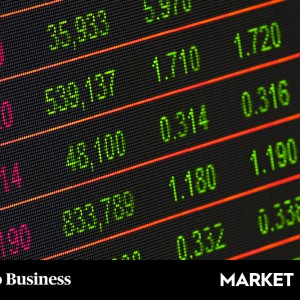 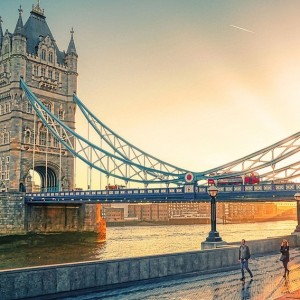 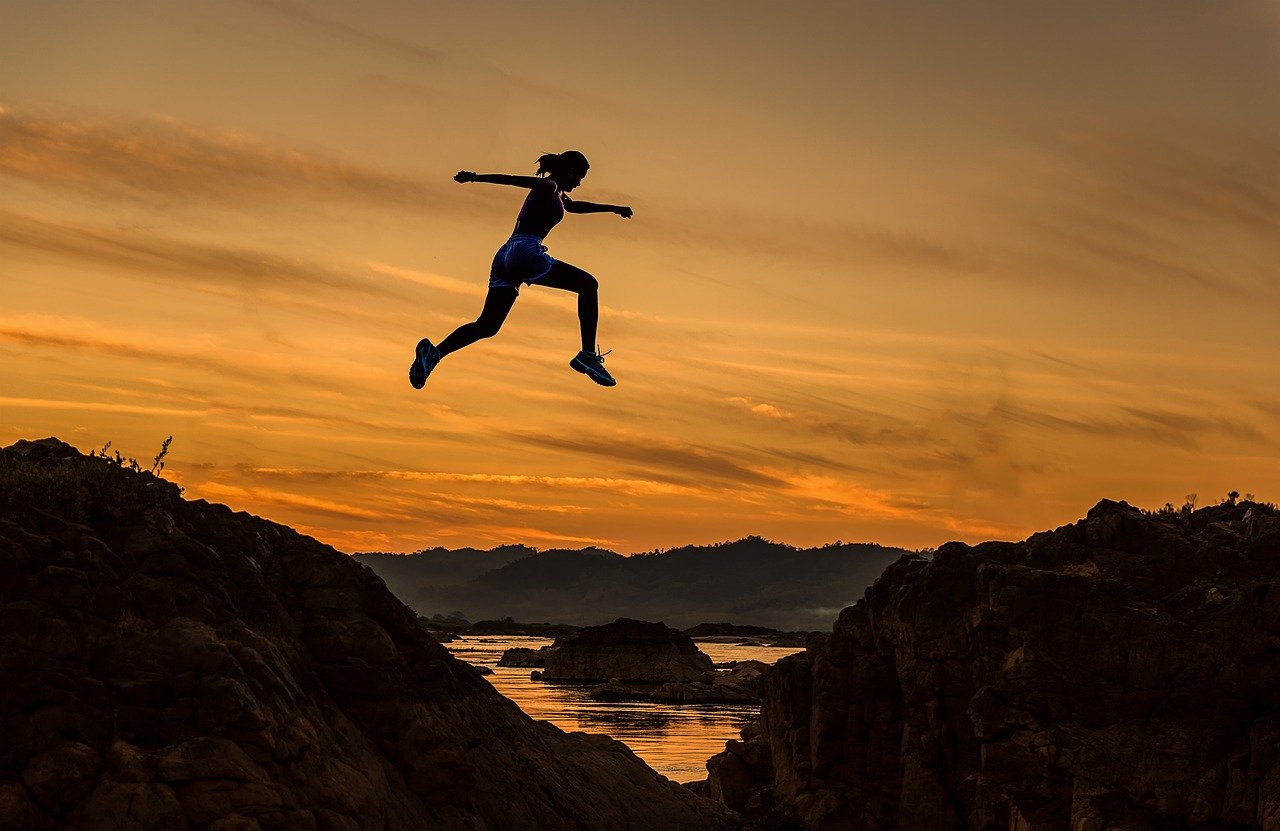 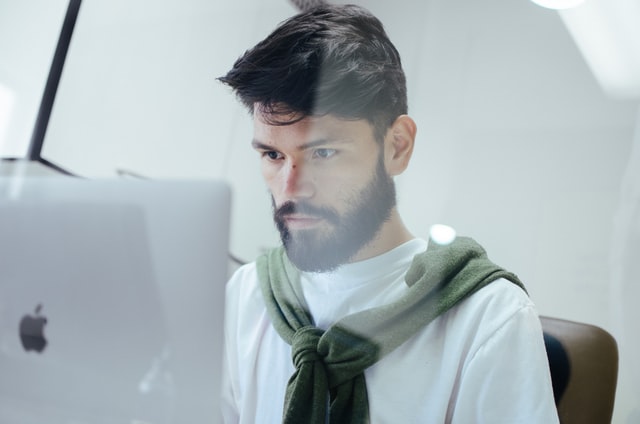 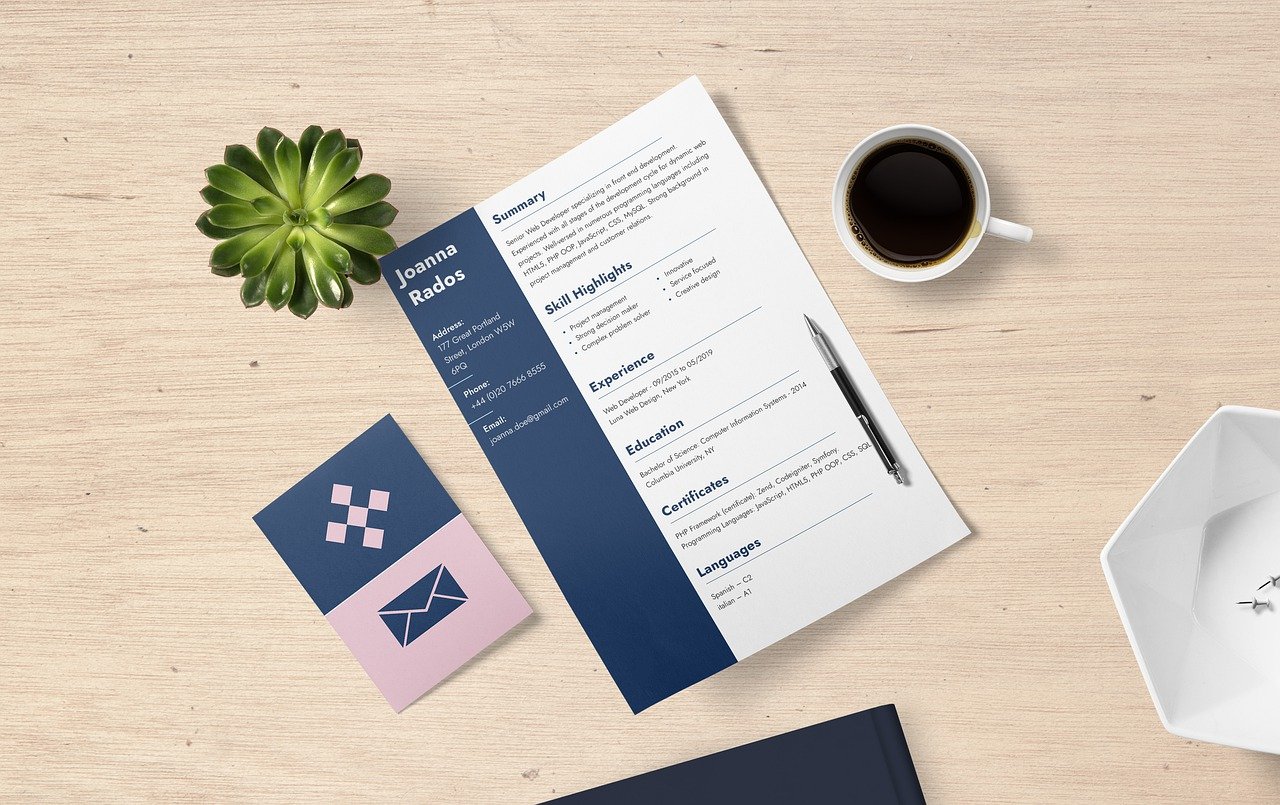 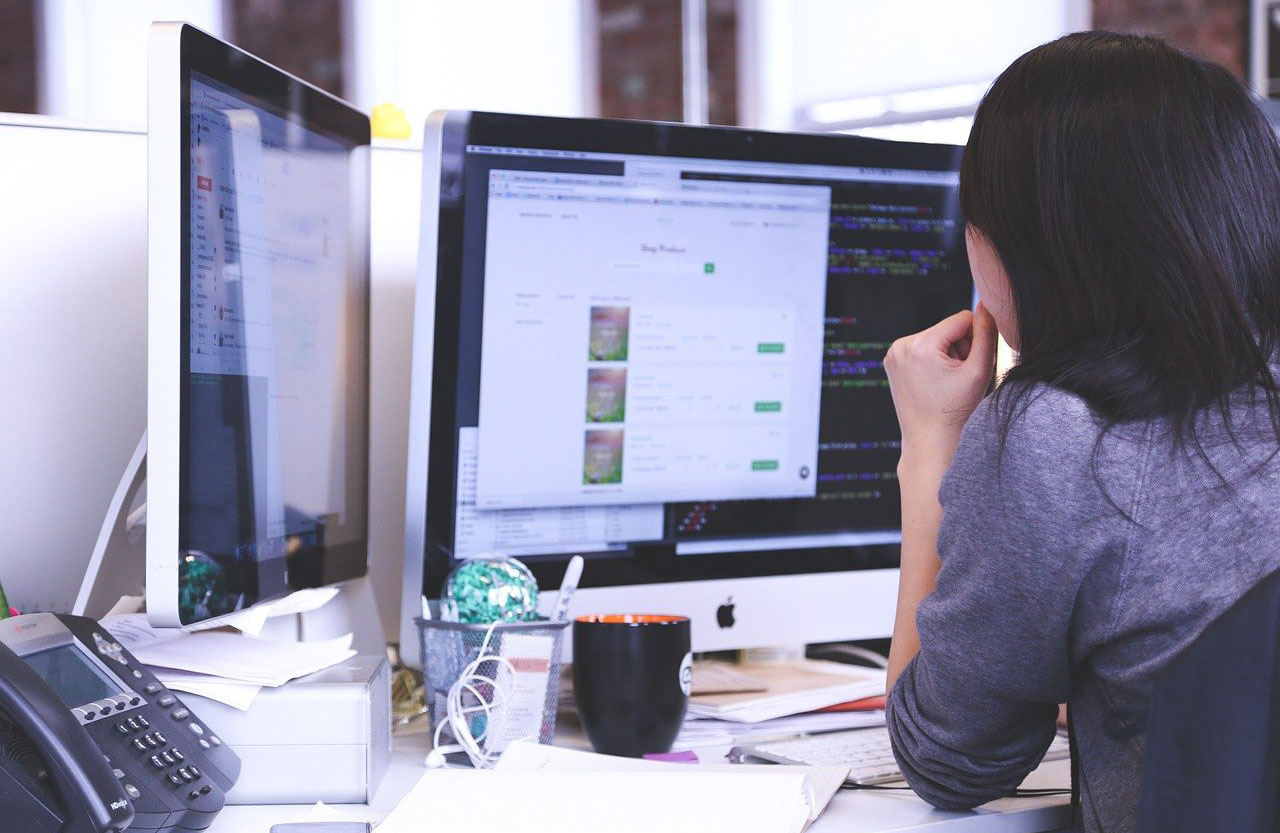