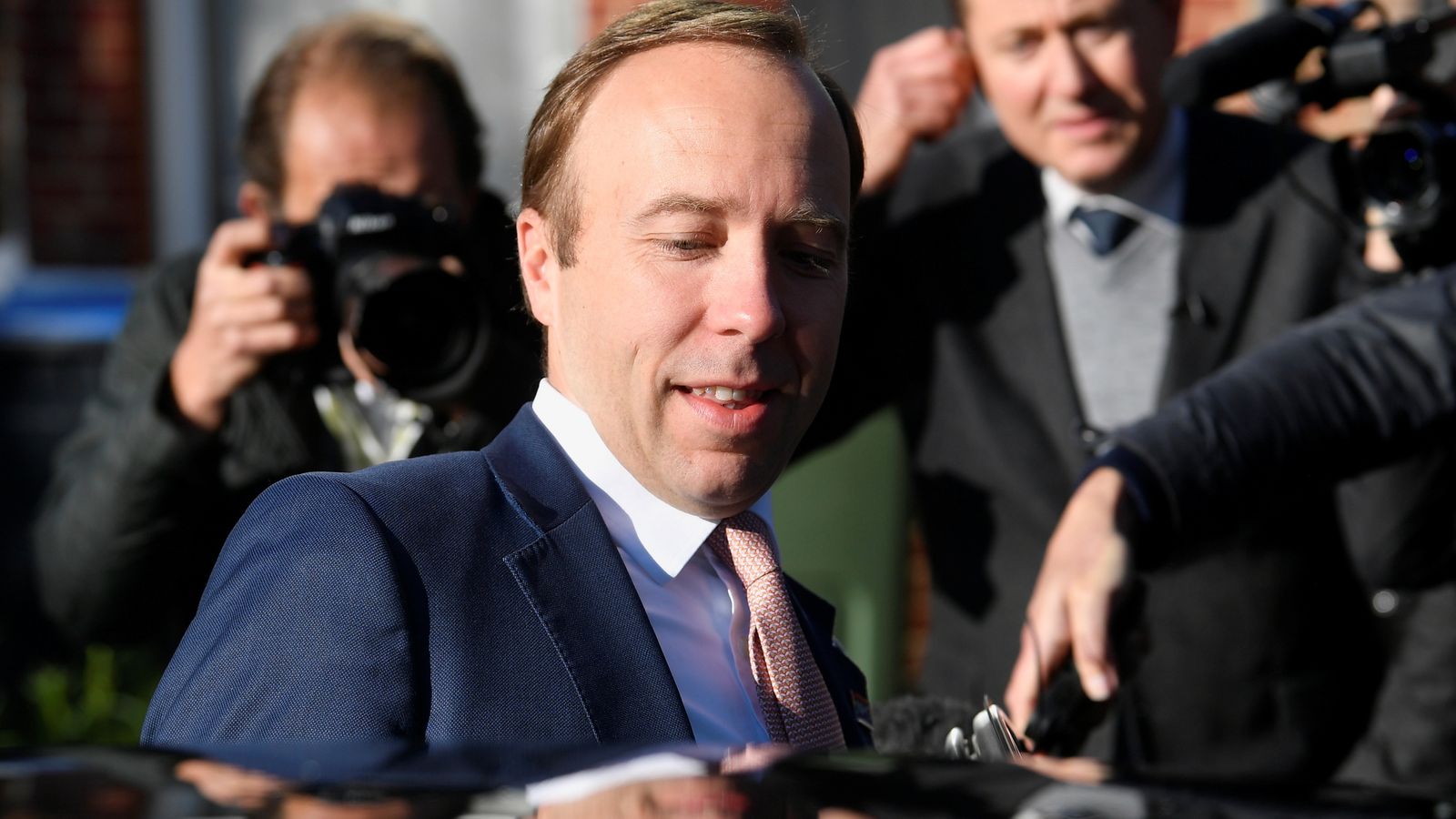 Matt Hancock is launching a personal fightback after Dominic Cummings's sensational claims that he should have been sacked for telling lies about COVID.

After a brutal onslaught by Boris Johnson's former aide, the health secretary will come out fighting in the Commons and at a Downing Street news conference.

He is answering an urgent question at 10.30am from the Shadow Health Secretary Jonathan Ashworth in the Commons and in Downing Street he will hail "fantastic" progress on vaccinations.

Leaving his north London home on Thursday morning in his chauffeur-driven car and carrying his ministerial red box, a defiant Mr Hancock appeared to brush aside Mr Cummings's allegations.

"I'm just off to drive forward the vaccine programme, and then I'll be going to the House of Commons and I'll answer questions there, thanks very much," he said.

Mr Hancock has signalled that he will deny Mr Cummings's allegations and insists he will continue to work closely with Boris Johnson to deliver jabs and tackle risks posed by new variants.

The prime minister, meanwhile, is visiting a hospital to underscore the message of "getting on with our job" that he delivered in the Commons at PMQs.

He is expected to express his full confidence in the health secretary.

Reacting to Mr Cummings' claims the PM and the health secretary did not listen to the science, Professor Susan Michie, a member of SAGE and independent SAGE, said Mr Cummings "did paint a very depressing picture".

She told Sky News it was "depressing to think all our work and many reports weren't landing and possibly weren't being considered".

Prof Michie, who has been advising the government for decades, added that setting up the public inquiry into how the pandemic was dealt with needs to start now as it can take a year to set up before it can begin.

In his bombshell evidence to MPs, Mr Cummings claimed tens of thousands of people died from COVID who didn't need to die and that Mr Johnson was unfit to be prime minister.

And in a marathon appearance lasting more than seven hours, he claimed Mr Hancock should have been sacked for "15 to 20 things" including lying "on multiple occasions".

Amid a series of bitter attacks on Mr Hancock throughout his long evidence, the prime minister's former aide accused him of "criminal, disgraceful behaviour that caused serious harm".

The attack has left Mr Hancock fighting for his political life, with Labour MPs claiming the "grave allegations" make it difficult for the public - especially those who have lost loved ones - to have confidence in him.

Mr Hancock began his fightback with another defiant statement issued half an hour after Mr Cummings finished giving evidence to MPs on the Health & Social Care and Science & Technology select committees.

"At all times throughout this pandemic the Secretary of State for Health and Social Care and everyone in DHSC has worked incredibly hard in unprecedented circumstances to protect the NHS and save lives," a spokesman said.

"We absolutely reject Mr Cummings's claims about the health secretary.

"The health secretary will continue to work closely with the prime minister to deliver the vaccine rollout, tackle the risks posed by variants and support the NHS and social care sector to recover from this pandemic."

On vaccines, an upbeat Mr Hancock tweeted: "A fantastic day of vaccinations yesterday, with 574,134 doses being administered across the UK.

"The vaccine protects you, it protects your loved ones and it is our route out of this pandemic. Thank you to the whole team involved.

And ahead of his double fightback, the embattled health secretary won strong backing from Conservative MPs, who challenged the allegations made by Mr Cummings.

Former minister Tobias Ellwood told Sky News: "There was clearly score settling taking place. There is a difference of opinion and Dominic Cummings has used this opportunity to air those.

"I don't think it helps the wider debate whatsoever. We need to pluck what we can learn from it. We're far from out the woods."

But after Mr Cummings's evidence, Labour's Jonathan Ashworth said: "What we've heard from Dominic Cummings is shocking testimony, revealing chaos, incompetence and abdication of leadership at the top of government.

"He has made grave allegations against Mr Hancock, which on the face of it look well-founded.

"He must come to the House of Commons to explain what he did to protect care homes, get PPE and on test and trace. These are serious allegations and he needs to give us explanation.

"Anyone who has lost a loved one will expect Mr Hancock to explain whether he is correct or Mr Cummings. He has been accused of misleading the nation and the most senior people in government.

"It will be very difficult for public to have confidence in him."

Labour also seized on Mr Cummings's attacks on the PM, including his claim that Mr Johnson was unfit for office and that he dismissed COVID as a "scare story" like swine flu in the early days of the pandemic.

"Boris Johnson's casual disregard for the safety of the British people has had fatal consequences.

"From care homes to borders, repeatedly locking down too late and failing to learn from his mistakes, the prime minister's decisions and failures resulted in tens of thousands of avoidable deaths.

"Families who lost loved ones deserve to know the truth. The public inquiry cannot possibly be delayed any further. No more dither, no more delay. No more blustering his way through. Over 127,000 grieving families deserve answers."

Earlier, at the end of Mr Cummings's evidence, Health Committee chair Jeremy Hunt said Mr Hancock will appear to respond to Mr Cummings's claims in two weeks' time, on 10 June, and the MPs will then draw up their COVID inquiry report. 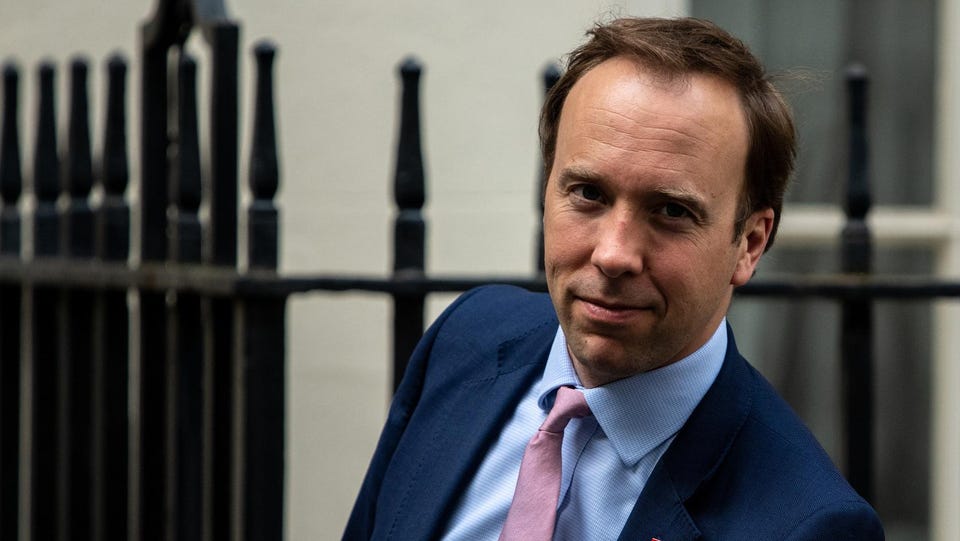 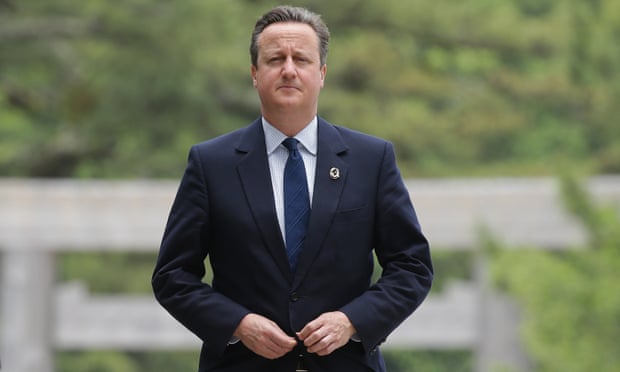