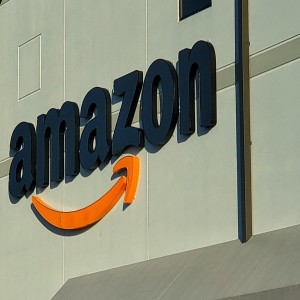 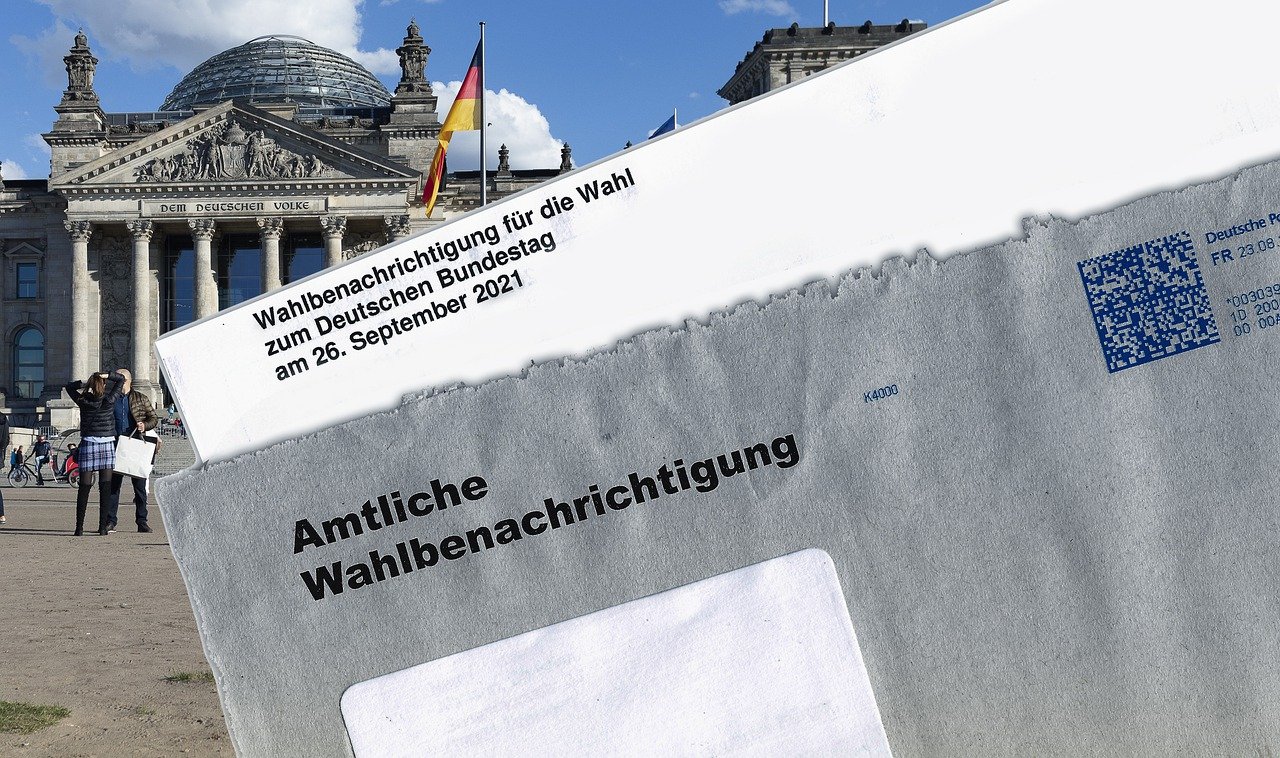 Millions of Germans are heading to the polls on Sunday in an election that will change the face of Germany, and Europe, as Chancellor Angela Merkel prepares to leave office after 16 years in power.

Voting in polling stations across Germany takes place between 8 a.m. and 6 p.m. local time, but many have cast their votes already via postal ballots. Exit polls giving an indication of the election result will be released shortly after the polls close.

Recent German elections have failed to throw up any real surprises and Merkel’s re-election was usually assured. Since announcing she would step down, however, the election race has been wide open with voters forced to look elsewhere for new leadership.

Voter polls in the run-up to the Sept. 26 vote have fascinated pundits and the public alike. The Green Party enjoyed a bounce in popularity and took the lead in the polls at one point in April to then be overtaken by the Social Democratic Party, which has managed to hang on to a slight lead in recent weeks.

In the meantime, Merkel’s ruling conservative alliance of the Christian Democratic Union and Christian Social Union has failed to break away from the pack and recent opinion polls have seen the party trailing in second place behind the SPD.

Still, the vote is too close to call with polls in the last week putting the SPD with 25% of the vote and the CDU-CSU with around 22%, while the Green Party is seen with around 16%.

Further behind lies the pro-business, liberal Free Democratic Party with 11%, with the right-wing Alternative for Germany seen with the same vote share. The far-left Die Linke party is seen with 6% of the vote.

German voters are known to favor stability over charismatic leadership, with Merkel in power for 16 years and presiding over what many Germans have seen as the country’s “golden age.”

Olaf Scholz, the SPD’s candidate for chancellor, is likely to have benefitted from this preference for a “safe pair of hands” in power, given that he has been Germany’s finance minister and vice chancellor in the current government given the SPD’s role in the current coalition with the CDU-CSU.

The other candidates for chancellor — the CDU-CSU’s Armin Laschet and the Green Party’s Annalena Baerbock — have seen more mediocre successes during their election campaigns with both of them hit by several controversies and questions over their suitability to lead.

The CDU’s Laschet, in particular, has seen his ratings dive due to a disappointing campaign trail and lackluster performance on the public stage. Being caught on camera laughing during a visit to a German town hit by devastating floods, for which he later apologized, did nothing to boost his public persona either.

Three TV debates between the leading candidates have failed to translate into a reversal of the CDU-CSU’s popularity, despite outgoing Merkel trying to revive Laschet’s chances of succeeding her.

The CDU, and its Bavarian sister party, the CSU, have dominated German politics since 1949, when the parties formed a parliamentary group and ran in the first federal election following World War II.

In recent years the party has fallen out of favor with younger German voters who are prioritizing green policies and want to see Germany invest in and modernize its creaking industries and infrastructure. In the last election in 2017, the CDU-CSU suffered its worst election result since 1949. Although the bloc won 33% of the vote, that itself was down from 41.5% in the previous election in 2013.

The 2021 vote is again more unpredictable for a variety of factors, such as the split in the votes that signals no obvious winner, and the amount of mail-in votes expected this year.

Mail-in voting was already common in Germany before the pandemic but election organizers expect as many as 50% mail-in ballots this time around, up from 28.6% in the 2017 election, given the Covid-19 situation, Deutsche Welle reported.

What’s certain is that the next government will be a coalition, with no one party expected to gain enough seats to govern alone. Analysts have spent many months speculating on what form a coalition government could take, and whether the CDU-CSU could find itself in opposition after many years in power. Coalition talks in any case are likely to take weeks, and potentially months.

“Each of the two major parties (the SPD and CDU/CSU) could form a coalition with the Greens and the center-right Liberals (FDP),” Carsten Nickel, deputy director of research at Teneo Intelligence, said in a note Wednesday.

“A left-of-center government of SPD, the Greens, and the post-communist Left (Die Linke) – and perhaps even another grand coalition of SPD and CDU/CSU – might also be possible numerically, but will not be the first choice,”

“Party leaderships will assess the official results in meetings on Monday morning, formally offering exploratory talks to potential coalition partners. These talks, as well as subsequent coalition negotiations, might take several weeks, given the likely need to forge an untested three-way coalition. As in 2017, coalition negotiations could still fail at a late stage, necessitating the search for alternative combinations,” Nickel noted.

Factors to watch will be whether the slight improvement in the polls for CDU-CSU turns into some last-minute momentum on election day, Nickel said, as well as how the Greens fare.

“Since Annalena Baerbock fell back into third place, she has put in solid performances in the TV debates, presenting herself as an alternative to her two male contenders wrangling with each other; combined with the expected high turnout in cities and via postal ballot, the Greens’ result could potentially still surprise.”

As for the economy, Europe’s largest, whoever takes the helm at the chancellery will have challenges on their hands, Barclays’ Macro Research Analyst Mark Cus Babic noted Thursday.

“A robust economic recovery is underway and the short-term outlook remains solid, in our view, irrespective of the election outcome but with the drawdown of pandemic savings and supply disruptions as key risks. However, several challenges loom. The medium-term outlook will depend on how the new government tackles them,” he said.

“Germany faces key challenges such as implementing and paying for the green transition, the need for digital transformation, a rapidly ageing population, sluggish productivity growth, and reliance on exports, including to China.”

Whether Germany remains the engine of European growth will likely depend on economic policies that the next German government puts in place to overcome these key challenges, Cus Babic noted. “Uncertainty on the outcome of the elections is high, with polls suggesting the new German government will likely be a three-party coalition whose economic policy agenda will be defined during the coalition talks, with the first consequences materialising from 2023.” 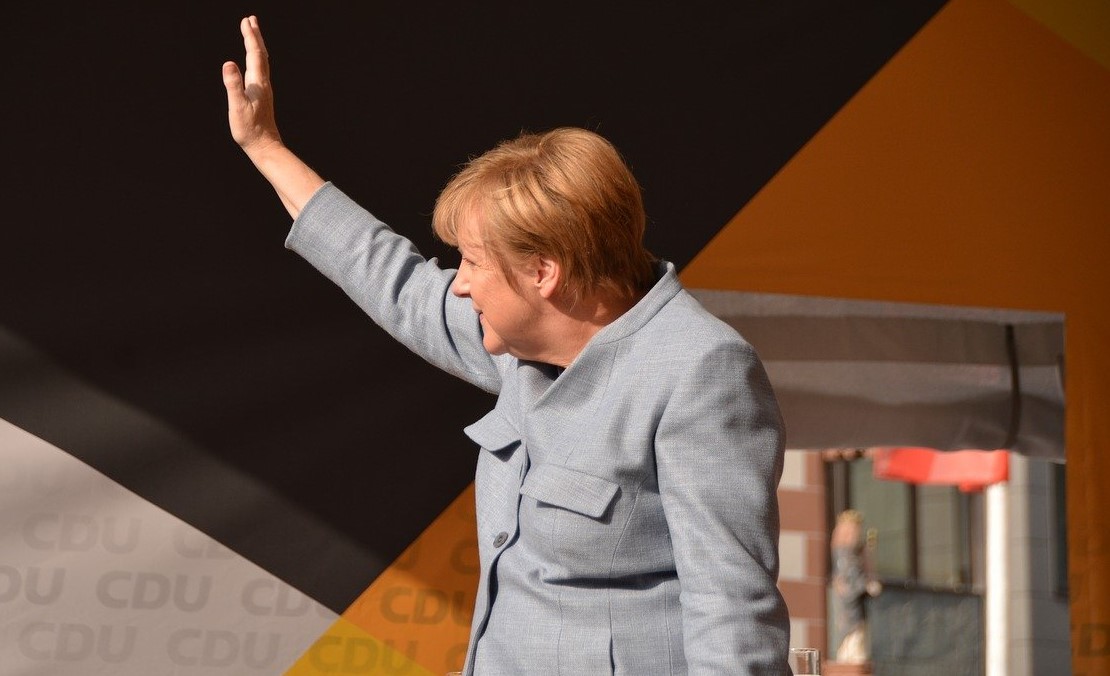